The genesis of any game, particularly in the early days of its development, always begins with conceptual drawings, sketches and inks. So when Nintendo approached Rare and asked it to create a game that would have ‘better graphics than Aladdin’ you could argue that it was effectively asking Rare to outdraw Walt Disney. That’s like trying to beat Hulk Hogan in an arm wrestle.?

”We were experimenting with a very early form of 3D technology before Donkey Kong Country (DKC) began, but actually trying to implement an ambitious method into a real game situation was difficult,” recalls lead designer Gregg Mayles.?

”At the time, software houses outside Japan were producing graphics that were considered superior to those produced inside Japan. Nintendo visited us and we demonstrated a proprietary graphics system that we were toying with, which became ACM [Advanced Computer Modelling]. As a result they asked us to do a game using the Donkey Kong character.”?

If you want in-depth features on classic video games delivered straight to your doorstop, subscribe to Retro Gamer today.?

Facing a tight schedule, while trying to fully come to grips with this new technology, a team of 12 people were assigned to the game – the most that Rare had ever assembled for one project. It’s believed that the team initially went to the nearby Twycross Zoo to study gorillas to ensure Donkey Kong looked and moved believably, but Gregg admits that the truth was a little less colourful.?

”Yes, we did go to the zoo and observe the gorillas, but found that when they did move it was completely unsuitable for a fast-paced video game, so all of the animation had to be done by hand,” he says. “We went through about 15 different versions of how DK could move. DK’s movement in the final game is based loosely on how a horse moves, but I recall laughing at some of the other animal-themed attempts – including a rabbit and a frog.”?

Donkey Kong Country was praised for its stunning looks. The characters of Donkey and Diddy looked solid, crisp and innovative – a result of the new process of 3D game design. “The use of 3D modelling was an alien concept to us (and the industry) at the time. Once the character was modelled in 3D we could view it at any angle and render 0out the frames of 3D animation that were then converted to 2D images. Previously, animation was extremely labour-intensive and required great artistic skill to get the angles and lighting correct. This new computer assisted method enabled us to produce animation quicker, to a higher standard and with a previously unseen realistic look,” recalls Gregg.?

He admits that Rare turned to Kong’s mean master for inspiration when considering how the game and its level construction should play out. “For me, Super Mario Bros. 3 was the ultimate pinnacle for 2D platform games. We wanted the same kind of structure, but we also wanted it to be extremely flowing – where a skilled player could move effortlessly through the levels at great speed,” says Gregg.?

”The stages were painstakingly arranged so that the player could ‘go first time’ past obstacles (ie if there was a swinging rope then when it came on screen it was swinging towards you so you could jump onto it straight away). Watching a skilled player in full flow on levels such as Barrel Cannon Canyon is probably the best example of this. If you time everything correctly, you can get through the level efficiently and impressively.”?

Rare needed to ensure that its dazzling duo would be framed inside a suitably striking world. As the Donkey Kong universe – save for a few ladders and girders – hadn’t really been explored in any great detail, Rare had the chance to leave a significant mark on the series. It introduced a number of new Kong’s into the game and even smudged things up by supplanting a brand new Donkey Kong into the lead role.?

”We initially wanted to include DK Junior as Donkey’s sidekick,” says Gregg. “Diddy Kong was our update of Junior, but Nintendo felt that the character was too different and either wanted Junior to be included in his original look or the name of our new character to be changed. We felt that our new character perfectly suited the updated universe of Donkey Kong so we kept our character and gave him a different name. We had a sheet of paper that we passed around where potential names were scribbled down. Some were hilariously bad: Diet DK, DK Lite and Titchy Kong. We settled on Dinky Kong, but after legal advice decided to change it to Diddy.”?

Each of the game’s wonderfully diverse levels served up something completely unique. From Endor-esque tree houses to an exhilarating Indiana Jones mine cart parody, the exhausting level of detail and variety of its stages really helped to set it apart from its peers. While the game feels effortlessly fluid, Gregg admits that the memory-hungry 3D tools that they used to fashion its complexity proved painstaking to wield.

”The backgrounds were the bane of the project,” he admits. “The memory used by this single screen was more than the whole cartridge! The only way to have large backgrounds in that era was to ensure that elements of the background repeated. We wanted a background that looked natural and didn’t appear to repeat, but achieving this was far from straightforward. We used a very slow method of cutting up elements of the single-screen environment by hand and then arranging them so that they repeated, but the key was to do it so the backgrounds retained as much of the 3D-modelled quality as possible, while trying to disguise the repeated elements.”?

Donkey Kong Country is renowned for introducing a buddy system into its gameplay, a feature that Rare would continue to tweak throughout the series. Gregg explains how the unique tagging system came about. “The second character was initially designed as an ‘extra hit’. If the player had both characters and the leading one was hit, the second one could continue and the player would not die,” says Gregg.?

”An early decision was made to keep the screen as clutter free as possible, so that ruled out an energy bar. It had to be visual. Basing it on Mario’s ‘big Mario returns to little Mario’ system we thought a second character could perform this function, look visually impressive and give the player a feeling that they were not alone in the game. As we developed the game and its sequels further, the second character became more of an integral part of the games rather than just being an extra hit.”?

Nintendo is known to be extremely shielding towards its IPs, so handing over one of its most iconic franchises is something that you’d expect would attract a tremendous amount of protocol and interference from the game giant, but Gregg says this wasn’t the case.?

”Nintendo were extremely busy at the time so we were left to ourselves,” he says. “It was an unprecedented thing for them to do, entrusting one of their most prominent and fondly remembered IP’s with a relatively small and unknown UK development house. I was young and naive enough not to realise just how crucial this game was for Rare – all I wanted to do was create a game that could be remembered. Miyamoto provided us with some suggestions for DK’s look and it was a sketch of his that included the tie.”?

Ironically, mirroring the wall of doubt that Donkey Kong faced from its American distributors back in 1981, Rare’s treatment of the series was met with similar misgivings, when the team travelled to Kyoto to unveil the game to it’s original creators. “We made a memorable visit to Nintendo’s HQ in Japan. I was surprisingly calm at the time, despite it being my first visit to what many would class as the Mecca of video games,” says Gregg.?

”We were there to demo an early version of the game to the people that created the original character. It was the first time many of the people at Nintendo had seen the game, and our radical approach with the graphics didn’t initially go down too well. Mr Yokoi [Game Boy creator] remarked that ‘It looked too 3D’. Miyamoto was much quicker to appreciate what we had done and gave his approval. Mr Miyamoto and his staff used their unparalleled experience to give us some input on how we could smooth out a few rough edges and suggested that DK would look good with a hand-slap move. We thought this would be cool too, so even though we were only a few weeks away from the deadline we included it.”?

”Nintendo were extremely busy at the time so we were left to ourselves.”

DK Country was released during a period of shift in the industry. It could have easily been drowned out by the noise made by the gigantic visual leap that 32-bit gaming had made. Thankfully, DK Country’s release proved to be just as seismic. Selling over 8 million copies, it became one of the biggest-selling 16 bit games of all time. Gregg remembers the first time they showcased the game.?

“The conference built up to DKC’s announcement at the very end,” he says. “People were expecting something big, but they thought it was going to be about the N64. The game looked spectacular and I heard people around me saying that Project Reality (N64’s development name) looked great. Then when it was announced it was a SNES game, there was a moment’s stunned silence before everyone started clapping (apart from me, who was wondering how we were going to finish it on time). I think I had a few celebratory beers during the Nintendo party that followed.”

When asking Gregg how he reacts when people tell them that they actually prefer Donkey Kong Country to Miyamoto’s Super Mario World, he says he feels honoured but is quick to jump to Mario’s defence. “I think the style of play is very different; Super Mario World was sublime and intricate, best appreciated at a slower speed, whereas Donkey Kong Country was extravagant and brash, better played at a faster rate,” he explains. “If I was honest though, I would say Mario is the better game. My personal opinion is that DKC2 was a better game than DKC as we tried to incorporate more of the intricacies that made Mario so compelling but at the same time retaining our desire for fast, fun gameplay.”

This feature first appeared in?Retro Gamer magazine. For more excellent features, like the one you’ve just read, don’t forget to subscribe to the print or digital edition at?MyFavouriteMagazines. 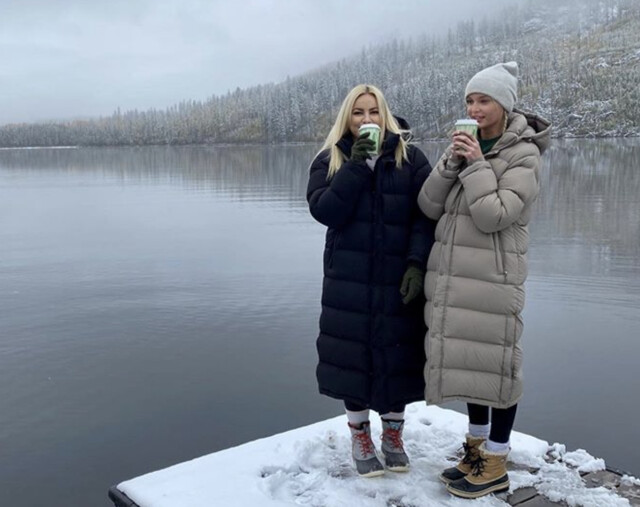