When EA’s new Madden video game comes out, it will bring a brand new, immersive experience for the next-generation consoles. Madden 22 Dynamic Gameday is the newest feature and looks to be a true gamechanger for the football simulation. On Tuesday, EA unveiled a Deep Dive video to show off more details about this feature for gamers to see what’s in store. That includes different M Factors and home field advantages that will be part of the newest part of Madden.

The new Madden NFL 22 game is going to add an extra level of experience for the next-generation consoles. Exclusive to the Sony PlayStation 5 and Microsoft’s Xbox Series X/S consoles will be the Dynamic Gameday feature. This brings the excitement of the crowd and stadium conditions into the mix as they’ll have an effect on gameplay.

A video arrived Tuesday (June 29) morning with Clint Oldenburg, Madden Gameplay Producer, covering the new feature exclusive to next-gen consoles. He spoke about how the new Dynamic Gameday feature will incorporate different strategies, storytelling, and stadium atmospheres, creating unique experiences in the game. While specific modes were mentioned, it impacts the gameplay across every mode.

Check out the five-minute video below and read on for additional details about the game.

There are three components that make up the new Madden 22 Dynamic Gameday feature. These are Gameday Atmosphere, Gameday Momentum, and the Next Gen Stats Star-Driven AI.

The Gameday Atmosphere is going to make each stadium a unique experience to play in. This is thanks to having super fans cheering on their team and new crowd animations. There’s also an updated broadcast package with Next Gen Stats, new celebrations after plays, and “momentum-driven sideline reactions.”

An example of Gameday Atmosphere is crowd noise can now come into play, making it tougher for a quarterback to hear plays or coach instructions. Or there’s a possibility that a receiver could miss a hot route.

With Gameday Momentum, there’s a performance-based “Momentum meter” which is at the top of the screen right above the score. This meter will impact in-game perks referred to as “M Factors,” shown in the screenshot below in the lower right corner.

As teams gain or lose momentum in games, the M Factors kick in unexpectedly, affecting things. For example, M Factors might be “leaving a kicker in the iced state” or “receiver icons going missing.” In addition, there are unique M Factors for every team at their home stadium, giving an advantage.

The home-field advantages are first to unlock if a momentum shift happens for the home team. They show examples of away teams having stamina issues at Denver’s stadium, or having issues kicking at Chicago’s Soldier Field.

Check out all the Madden 22 home-field advantages for more details.

Due to research showing that 80 percent or more of games are played against CPU, they updated player and team tendencies based on the real NFL.

The majority of the examples they gave about how it will impact the game related to QB decision making, aggressiveness, and scramble frequency. However, there was one for “Ball-carrier tendencies around breaking and/or evading tackles” too.

Clint mentioned team tendencies will continue to update in Franchise and Play Now modes based on real NFL data or based on Franchise simulation data.

Clint also went over some of the updates made with Madden 22 gameplay during the video trailer above. Player movements will feel more authentic than ever on next-gen thanks to “more nuance, context, and intelligence.”

Some of the examples of gameplay updates were provided. When running at top speed there will be Max Effort animations for all players. Receivers will have signature releases and cuts when running routes. Also, QBs will have more responsive control in terms of scrambling.

Next-gen gameplay improvements mentioned in the trailer video relate to players’ catching, blocking, and tackling movements in the game.

For catching, there will be independent catch battles, improved sideline catch foot detection, and more control/responsiveness for turning up the field after catches.

For pass blocking, Clint said pockets would form “deeper and faster” around quarterbacks, and with run blocking, there will be “more animation variety.” This will open up dynamic running lanes to properly reflect momentum for ball carriers.

What about tackling? “Big-bruising ball carriers” will be more likely to fall forward in tackle animations for next-gen gameplay. The smaller, more agile ball carriers won’t get similar results where they “pick up those extra yards.”

More details are likely to arrive about gameplay, with more trailers, articles, or teasers in the coming weeks.

Madden 22 release date is August 20, 2021, but see our Madden pre-order details for how to play even earlier. 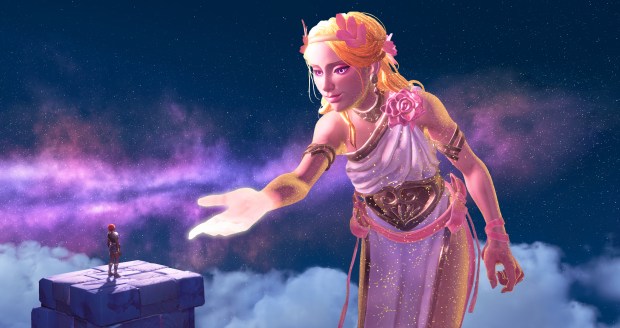